It started as a family session which then turned into a couples session, but the best was saved for last!

About a month before Thanksgiving I received a message from Marion on Instagram asking what my availability looked like during the holidays and if I would be able to fit in a session for him. I no joke screamed with excitement because I knew what he had on his mind!

I used to work for his soon to be fiancé at Starbucks and she is hands down the best human and manager EVER. Her selflessness and ability to always look out for every person has always amazed and inspired me.

You could say I was ecstatic to be able to help scheme and return the favor in the form of a proposal for her! Then came the planning, and Marion and I ran some ideas by each other… He actually convinced Ashley to reach out to me to do their yearly family photos. And when I asked where she would like to go, Mary’s Peak was the final decision! Marion and I talked about how it was super important to also get her close friends involved so they could be there to watch this proposal go down. Luckily, I just so happened to be photographing her best friends Joe and Joel’s wedding this year, so Joel helped with the coordination of getting their friends there and keeping it all a secret.

A bulletproof plan, right?! Well, if you know anything about the PNW, you know that the weather has a mind of its own in the winter time… Unfortunately it was extremely wet and rainy the day we scheduled their session and everyone had already taken that day off to watch the proposal happen…. I went into scramble mode trying to secretly message Marion about what Ash and I were talking about, while also not spilling the beans to Ashley about our secret plan, and get the 7 other friend’s schedules coordinated…

Regardless of the crazy weather and rescheduling, we were able to execute the plan the following weekend, with half of their friends present and shock the heck out of Ash! You guys, she had no idea that this was happening and it was great!! Marion kept saying how he needed to poop on the way up to the mountain because he was nervous haha! She still didn’t catch on. Granted, if you worked that morning at 4am, you may not pick up on all the clues along the way.

I may have froze them to death, and got my car stuck on the way up to the proposal spot, but it was all worth it to have memories like this!

Congratulations Ash and Marion! I cannot wait to photograph your special day next year <3 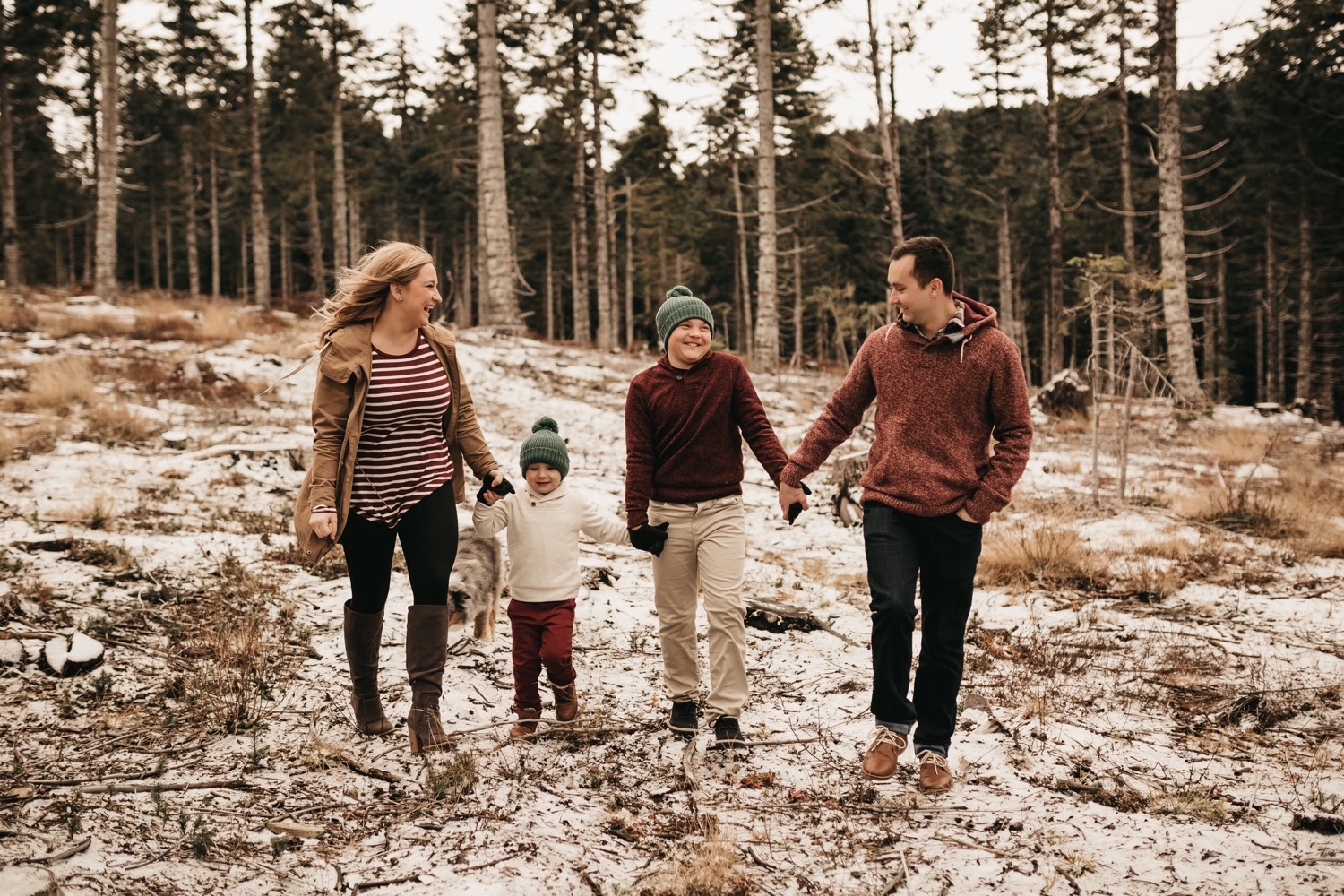 You'll love these too!