Last year my friend Hayley was on the hunt for a wedding photographer after asking me to be one of her bridesmaids, and I happened to stumble upon @jordy.b.photo and thought she fit Hayley’s vision perfectly! Fast forward to October, and Jordy flies in from Utah to shoot Hayley’s wedding in Oregon. I already had been obsessing over her because, well look at how freaking cute she is ++ her work is just insanely gooooodd!! When the wedding day rolls around and we get to meet in person for the first time I think it was safe to say we all were meant to be best friends! Then our singing and dancing, and helping Hayley after the wedding just confirmed it!

We got to talking about her upcoming wedding and I happened to ask if they were going on a honeymoon… She says they are going to Hawaii in January.. I asked what island… she said Kauai… I asked what dates… She tells me… and my jaw drops… SHE WAS GOING TO BE THERE AT THE SAME TIME I WAS!! What are the odds?! Same time & same island?! So obviously we scheduled a honeymoon session because well, fate!

It was one of those moments where you just put it in the universe and the stars just aligned!

The two honeymooners met with my friend and I before the sun rose and we drove up the Canyon together. Brady and I both could agree that we felt like racer drivers going up to the lookout. If you have ever been there, you know what I mean!

We got to the top right as the sun started to peak over the canyon and we all just stared in awe of the beauty. IT WAS INCREDIBLE!! We just didn’t get too close to the edge of the cliff and look down because well, even a 6’6 giant like Brady was afraid of how far down that fall could be hahaha.

These two are seriously the sweetest humans ever, and their love story dates back to the crush that sparked in Junior High. They were laying in the planetarium watching a movie and then the hand holding began… It was safe to say that Brady became the star of Jordy’s diary from then on! She confessed that maybe she just married him for his genes (she’s only one foot and six inches shorter than he is haha) and he then confessed that he married her for the money haha!! Obvvviouusslllyyy just kidding because if that was the case they would have been able to go on their helicopter tour 😉 Had to sneak that one in there!

But on a real note, these two were a joy. We laughed at 7am, ate some native Hawaiian fruit that only Brady could open, conquered some fears of height, and then went on a hike to see more of the beautiful scenery!

My favorite moment had to be when I showed them some photos on the camera and they said, “that one’s going on the wall at home!” I about cried. Then I sent them their gallery, and they weren’t lying. They put the photo on their wall. Then I did cry.

Who thinks they need to have photos captured in a super rad place like this while in their honeymoon bliss?! 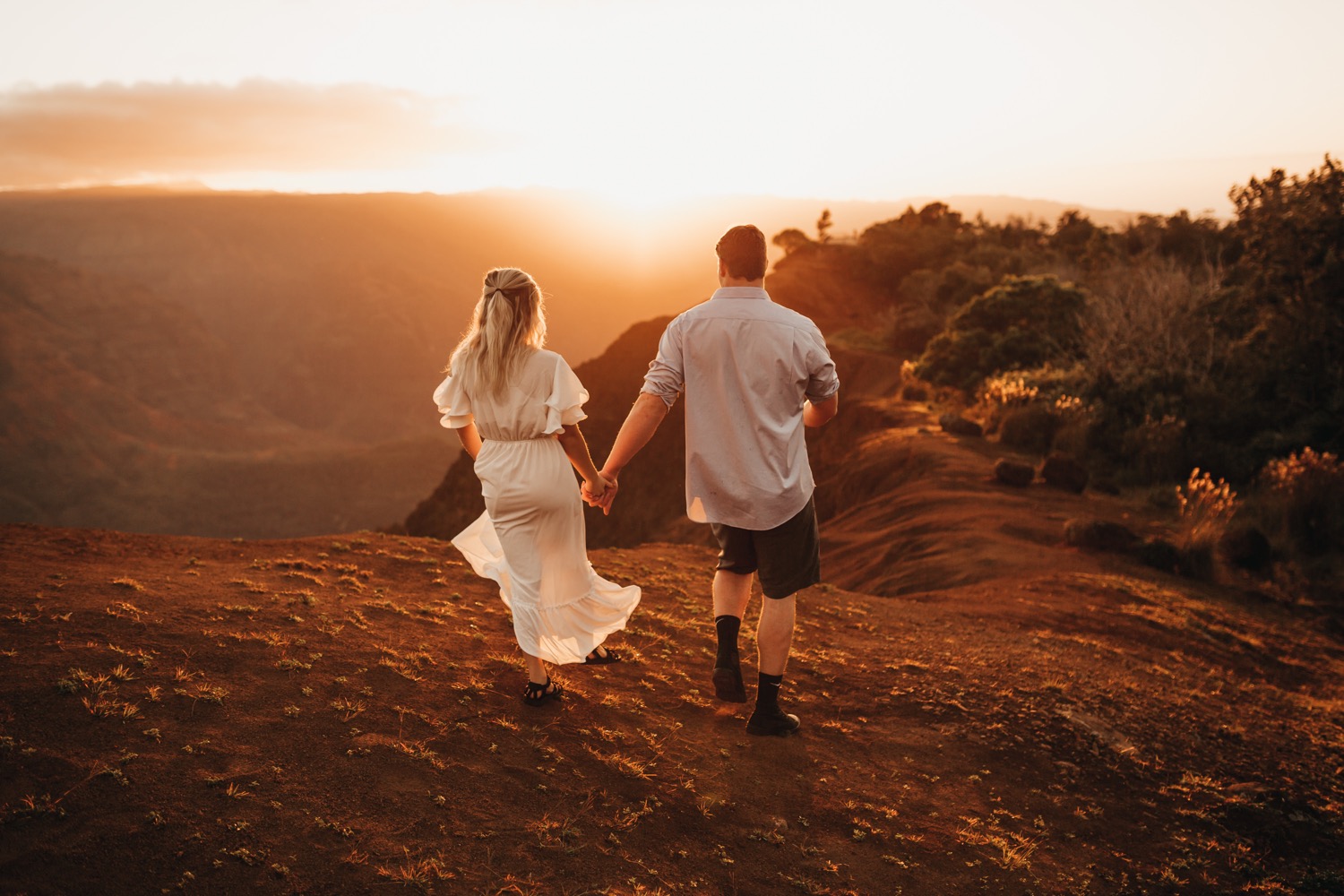 Your Narrative blog will appear here, click preview to see it live.
For any issues click here

You'll love these too!